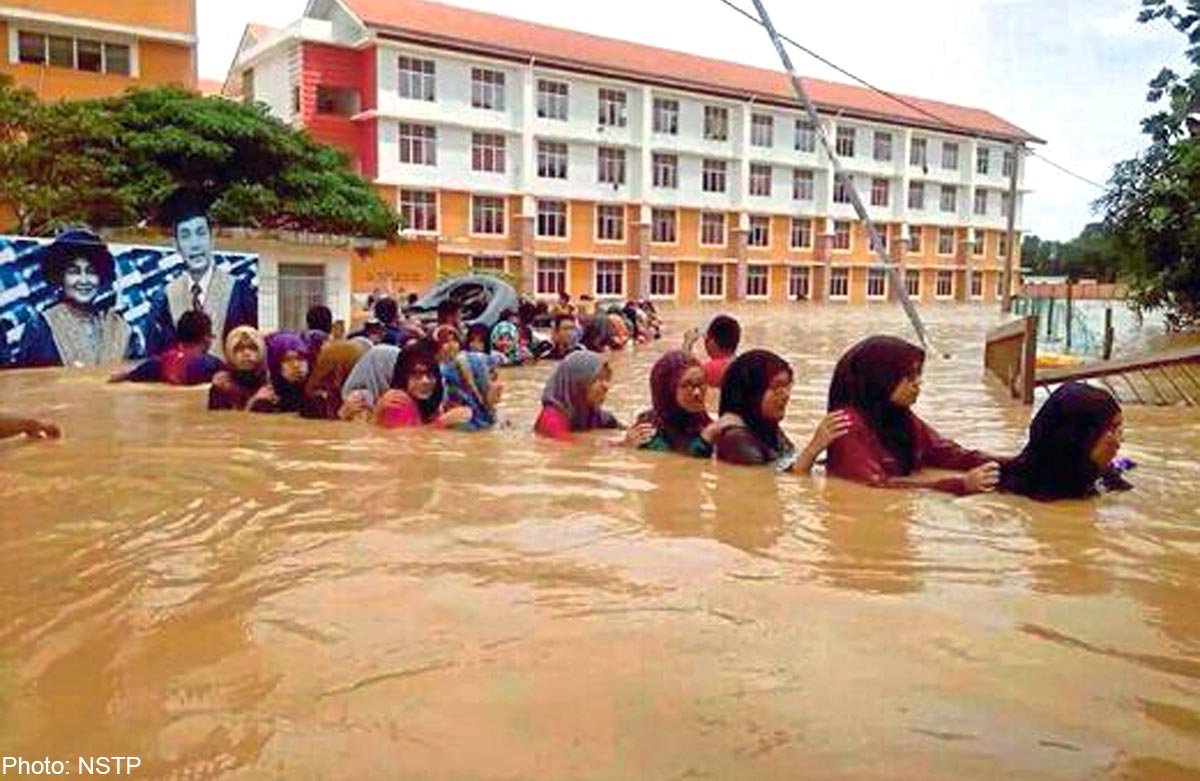 Media, and increasingly so, social media, are held as the fourth estate of democracy, tasked to keep the government in check. This is especially important considering the recent flood crisis that took 46 lives and caused losses that amount up to RM 20 billion.

One, the media and social media may be utilised by the people to check if the government has sufficient pre-emption with regard to the flood. Through technological advancement and accessibility to experts’ opinions, it is possible to determine whether the flood was preventable. In fact, it was reported that YB Nurul Izzah warned the government about floods back in July, but it went ignored. Instead, it was passed off as act of God when it hit, even though it could have been prevented or alleviated if earlier measures were in place.

The people should strongly condemn the government for finding excuses to gloss over their incompetence, to prevent them from ignoring such warnings in the future.

Two, media and social media can be used to monitor the government’s management of the crisis. There is clearly a displacement of attention, which is made transparent by the media and social media. Netizens posted multiple examples and drew comparison of crisis management, highlighting Tengku Zafrul showing up in an entourage, Rina Harun’s grand ceremony for flood relief, Nor Omar’s irresponsible claims that he is not in charge of disaster management, and multiple Ministers’ PR stunts held with the intention to gain support. Through the media, it was clear that there was a lack of efforts in devising policies and rescue efforts to ensure the safety of the victims.

To make matters worse, there were attempts to crack down healthy criticisms directed to the government, with the use of oppressive laws such as s233 Communications and Multimedia Act. It was reported just last week that MCMC requested Twitter to remove posts criticising ministers. This request was rejected by Twitter.

MCMC should be strongly condemned as the fundamental role of media is meant to be the watchdog of the government. Healthy criticisms should be encouraged and MCMC should instead focus on cracking down disinformation by party-affiliated cybertroopers aiming to divert Malaysians’ attention away from the most critical issues.

We should utilise media effectively to monitor and criticise politicians and authorities who are suppressing healthy discussion on the flood and diverting Malaysians’ attention from their mismanagement. Instead, discussions should be surrounding the flood crisis and holding the government accountable, prompting them to beef up their efforts managing the crisis.

Most importantly, the people should utilise media to ensure that proper measures are being put in place to prevent future crisis, especially in light of warnings that other states may face similar situations.

We should call out against the speaker Azhar Azizan Harun who dismissed demands from MPs to debate the recent floods during the parliamentary proceedings because it was a ‘matter not scheduled for debate’. The MPs are elected to discuss, devise and debate issues that impact Malaysians. The speaker should open the floor to discuss preventive measures, especially when the flood had taken 46 lives.

Journalists should be questioning the government more on their measures to prevent future crisis. Malaysians should echo the voices of 77 MPs who called for the establishment of a Royal Commission of Inquiry. Without pressure from the media and social media, there is a chance that a crisis such as this will happen all over again.

The government has a role to understand the causes of flood, manage the problem and prevent floods from happening again. However, instead of effectively responding to the crisis, the government continues to deny their incompetence, crack down on healthy criticisms, put up PR stunts and create excuses to divert public attention from the problem.