Budget must pass with priority on tax reforms 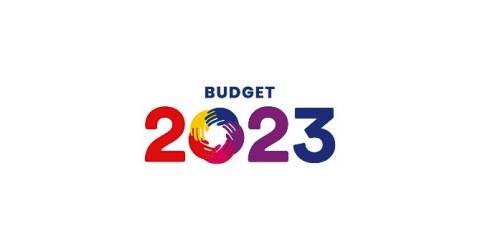 SPECULATION is rife that the prime minister will advise the king to dissolve parliament before or immediately after the Budget is tabled. This coincides with the deadline for the next general election set by the UMNO Supreme Council and claims by DAP veteran Lim Kit Siang that he received a message which stated that parliament will be dissolved today, and elections will be held on November 5, 2022.

The budget must be tabled and passed in Parliament

At the outset, it is worth highlighting that Budget 2023 needs to go through a series of processes before it comes into force.This can only be done at the earliest by early December, as the Dewan Rakyat session is until November 29. The Budget still has to go through the Dewan Negara and obtain Royal Assent. If parliament is dissolved anytime earlier than that, the Budget 2023 does not count.

Early dismissal of parliament should be discouraged. This is especially so in light of the ringgit trading at a historic low of RM4.63 to the US dollar, which will inevitably increase inflation. Government spending is projected to increase to provide subsidies to lower the cost of living, against the background that it has spent RM80 billion in subsidies this year, the highest in Malaysian history. Further, to increase SME resilience to build back better, the government is expected to provide some tax relief for the SMEs and the government has to set aside assistance for expected floods.

These events would expect an increase in government spending and a reduction in tax revenue. This raises an urgent need for the government to seek alternative tax revenues. Additionally, the MPs cannot lose sight of reforming existing tax laws and bodies as flawed implementation would often backfire or defeat the objective of proposed tax policies.

It is widely believed that GST will make a comeback. However, when it was introduced in 2016, there were a lot of problems and thus disputes. For example, Malaysians believed that the implementation of GST had resulted in a huge increase in prices due to the lack of enforcement in the Price Control and Anti-Profiteering Act 2011.SMEs faced a lot of cashflow problems as there were huge delays in credit refunds. Based on the Auditor General’s Report 2017, there were outstanding claims for GST refunds amounting to RM19.5 billion for the period of April 2015 to June 2018. This clearly defeated the aims of GST, so if it was to be implemented again, the MPs have to take these problems into account and initiate preventative measures.

PKR vice president Nurul Izzah Anwar also proposed the government consider other models of the tax such as capital gains tax and inheritance tax. Similarly, MPs need to debate and propose preventative measures. This could involve setting up a working group or committee comprising stakeholders of professional backgrounds ranging from tax lawyers, Inland Revenue Board (IRB) officers, judges of the special commissioner of income tax, and civil servants to provide recommendations and monitor the implementations of different taxes.

In the pre-budget statement, the key focus areas highlighted are to improve SME resilience and attract investments, which are highly likely to be in the form of incentives and tax rebates. However, due to our flawed laws, promises like these are often empty. Even if businesses successfully claim the incentives prescribed in the Budget, they could be audited and fined after three to five years. One noteworthy example is that a company (S v KPHDN) that overpaid taxes by RM 1.4 million was fined RM 1.5 million by the IRB, without any reason provided. This is because the laws that allow IRB to impose fines such as s113(2) Income Tax Act 1967 did not state:

1) the need to provide a reason; and

2) indicators/guidance (eg, history of tax evasion, is the taxpayer co-operative etc), which IRB needs to take into account when determining the fine.

The widely drafted law provided IRB with immense power to fine taxpayers, which IRB often abused. Despite the huge promises in the Budget, these are often not properly implemented in practice. Penalising taxpayers arbitrarily based on the incentives they claimed is clearly against the objectives of why incentives are introduced in the first place. These problems pose an urgent need to revise and improvise the gaps in our tax laws.

Although parliament was dissolved immediately after the tabling of the budget back in 1999, this is by no means applicable now. Not only that this is the first Budget post-Malaysian economic and health crisis, the ringgit is trading at a historic low, we are faced with an impending flood which poses an urgent need for the government to seek alternative revenue. The government’s priorities should be on tax proposals and reforms instead of sacrificing the nation’s interest for the selfish interests of some political elites.

解析与破解马来优先论述（下篇）
解析与破解马来优先论述（上篇）
Azhar Harun: the Speaker of the Lower House who descended to a ‘Government’s Lapdog’