Has the MCMC descended to the level of government propaganda machine? 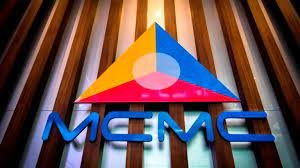 It is alarming to learn that the Malaysian Communications and Multimedia Commission (MCMC) asked Twitter to remove posts critical of the government’s alleged mishandling of the floods, a request rejected by the social media platform.

Has the MCMC now descended to the level of government propaganda machine?

The MCMC is the content regulator of the multimedia industry in Malaysia. The post that the MCMC reported was a tweet about a flood fundraising event that involved Women, Family, and Community Development Minister Rina Harun.

Other content that the commission flagged was a post criticising the Entrepreneur Development and Co-operatives Minister Noh Omar over his statement regarding the eligibility of flood victims to claim government aid.

The MCMC claimed it reported the posts as inappropriate or “obscene”, although these are mere critical comments of the government because of its mismanagement of the flood.

However, it is worth questioning the MCMC’s swift action when it comes to expressions in the form of criticism of the government or members of the cabinet.

Yet, there have been many instances of cyberbullying, sexist, racists, and religious as well as bigotry that the commission does not report.

Media, including social media, is the fourth estate of democracy and is meant to keep the politicians in check, while the MCMC as the content regulator should be acting in the best interests of the public.

Therefore, the MCMC is clearly abusing its powers to further politicians’ interests. In light of the flood crisis, the MCMC should:

(a) be using all of its resources to share and update the latest information on natural disasters, especially the floods, and co-ordinate with various civil society groups to ensure effective co-ordination between different stakeholders and in turn ensuring the safety of those affected

(b) work together with civil society groups and social media companies to work out contextualised community standards for better regulation of hate speech and what justifies content removal, while promoting freedom of expression based on the principles of gender equality, non-discrimination, and diversity

(d) stop using repressive laws, including Section 233 of the Communications and Multimedia Act 1998, which is aimed at restricting the freedom of expression, and to adopt necessary plans, to review or repeal these laws.

(e) ensure a better media environment that promotes healthier discussions for Malaysians, and stop cracking down on healthy debate. Instead, the MCMC should promote media reforms such as setting up the Malaysian Media Council, and curb information disorder caused by disinformation, cybertroopers and hate speech.

Published in: Has the MCMC descended to the level of government propaganda machine? | The Malaysian Insight