Azhar Harun: the Speaker of the Lower House who descended to a ‘Government’s Lapdog’ 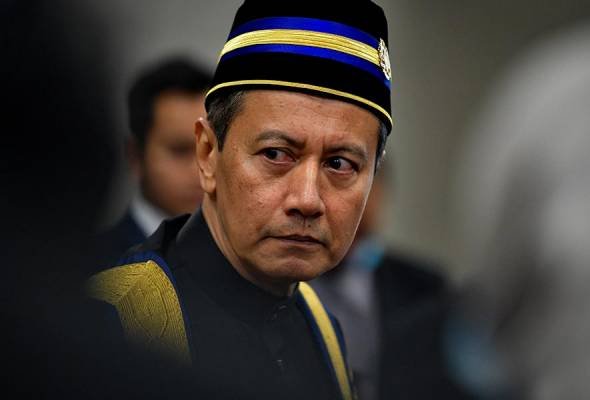 Sparking wide debate and public fury when the Speaker of the Lower House, earlier this month Tan Sri Azhar Azizan Harun (“Speaker”), announced that former Prime Minister Najib Razak had not lost his MP status as he had filed a petition for royal pardon. This is despite the King’s, also known as the Yang- di Pertuan Agong’s (YDPA)'s stance that royal pardon should not be used arbitrarily.

A speaker is tasked with the heavy responsibility to ensure that the parliament keeps elected representatives in check. This is especially so in Malaysia where corruption and abuse of power are rampant. There is an urgent need for a reform-oriented speaker to be appointed as the Malaysian parliamentary proceedings and culture have become, in the former speaker Mohamad Ariff Md Yusoff’s words‘ increasingly toxic, like a pasar malam (night market)’ over the years. There was a short triumph when a progressive speaker, Ariff Yusoff, was appointed and initiated reforms such as parliamentary special select committees (PSSCs) to ease the shouting culture of the Malaysian Parliament. However, since the Sheraton Coup and the appointment of Azhar Harun reforms have, unsurprisingly paused and the fight for parliamentary reforms had taken a downward slide.

Corruption is a huge problem in Malaysia. Aside from the mega 1MDB scandal, the Chief Commissioner of the Anti Corruption Commission, Azam Baki was also allegedly involved in corrupt practices . This issue concerns national interests. The parliament is the best place to not only hold him accountable, but also for elected representatives to initiate reforms to counter the problem. However, the speaker turned down opposition MPs’ attempts to debate this issue. His  reasons included the Prime Minister’s absolute discretion in determining the motion when in fact, Harun has the discretion.

Recently Luxembourg authorities seized US$2billion Petronas assets on behalf of the Sulu Sultan’s heirs to enforce an arbitration ruling they had secured against Malaysia. According to the leader of the opposition Anwar Ibrahim, this is where Malaysia’s “sovereignty is being challenged”: an issue of public interest which would require MPs to debate for a better resolution. However, the  Speaker opined that should be kept confidential ’to prevent revealing Putrajaya’s counter strategies’. On this issue taxpayers should demand an explanation or an investigation to hold those who are responsible accountable. Harun’s excuses naturally attracted huge criticisms, with many panning him as a ‘useless speaker’.

In earlier examples,  ridiculous instances, the speaker allowed three ministers out of home quarantine to attend parliament to vote on the 2021 Budget, a clearly political move to help the then weak Perikatan Nasional government from dissolving. He also rejected a motion to debate the Pandora Papers where several ministers, including the Finance Minister Tengku Zafrul and former Deputy Prime Minister Zahid Hamidi, were allegedly involved in incorporating companies in low or no tax jurisdictions. To make matter worse, he had also shot down motions to debate the flood crisis that took 46 lives and caused RM 20 billion worth of damage.

The speaker provided poor evidence for his decisions. The real reasons behind his actions were to silence dissent and cover up the then government’s incompetence and abuses of power.  With Azhar Harun as the speaker of the lower house, parliament has become a haven for political elites to escape accountability and enhance their grip of power. He has failed as a Speaker but succeeded, in Bukit Gelugor’s MP Ramkarpal Singh’s words, as a ‘government’s lapdog’.

The time to pressure for more parliamentary reforms is now. The Sri Lankan economic crisis is a lesson a small nation like Malaysia must take to heart. Rampant corruption, incompetent government and deliberate exacerbation of ethnic and religious divides to serve the government’s own needs has strongly contributed to the ongoing crisis. The worrying parallel between Malaysia and Sri Lanka shows that there is an urgent need for parliamentary reforms to promote a more stable, competent and transparent government.

Published in New Mandela: Azhar Harun: Speaker of the Lower House who descended to a ‘Government Lapdog’ - New Mandala